Nature’s Beautiful Order, written by Christopher Blum and John Cuddeback, is the first classical biology primer I’ve had the pleasure to read. This introduction to the study of animals is a compilation of works from great classical naturalists. Within the pages, you’ll find well-known names like John James Audubon, Jean-Henri Fabre, and St-George J. Mivart.

Being a Charlotte Mason-esque homeschool, we don’t usually employ classical resources. However, products from Memoria Press tend to be the exception.

The book is built on the premise that we learn best when we begin study with what is closest and most familiar to us, and move to the more hidden (think cells and whatnot) aspects of things later. The wonderful observations in Nature’s Beautiful Order were written in a time when there was no Google. They were written from first hand experience with the world around them.

. . . to most generations of our ancestors, what was most familiar was precisely the created world: our own bodies, animals, and plants . . . In our day, by contrast, we tend to be more familiar with things made by man, especially automobiles and hand-held devices. We live apart from nature and consequently have little appreciation for the diversity and order of living things.

That little nugget of truth was hard to swallow, but it’s so stinkin true. I pride myself on only letting the children have an hour or two of television, three to four days a week. But really, they don’t even need that. I’m telling you, reading the introduction to the book was a bit convicting.

I read the intro and first couple of chapters before handing the book off to my soon-to-be freshman (I can’t talk about that right now- I may cry). She recently declared she wants to major in psychology in college- which launched me into a what-do-we-need-in-high-school-to-prep-for-a-psych-major search frenzy. Predominantly, math and science were my answer, which made this primer perfect for a summer bridge into her freshman year.

I was thankful to find the book to be written in a living (narrative) style, and the few illustrations were nice as a visual (I’m a visual learner, she’s auditory).  Sometimes classical materials can be all fact and too rigid for us, but the primer is exquisitely written.

She had no problem reading two chapters a week. Along with the reader, we received a student guide and an answer key. The student guide is primarily comprehension questions pulled directly from the text. Each of the 18 chapters has its own set of questions. Although we have always done comprehension questions orally (if we did them at all), this time around I made her actually write her answers. She didn’t appreciate that. not. one. bit.

At first, she was a bit resistant to writing the answers out, but after a few chapters, she learned to read the questions before reading the material, thus knowing what she was looking for, making them easier to answer. That was the point at which I became conflicted about the questions. Instead of reading to learn and enjoy, she was reading to answer questions, and we found that after the questions were completed, she didn’t remember much else.

Basically, the fun had been taken out. Instead of forming emotional and mental attachments (memories) to the works, she was searching for what the student book thought she ought to remember.

We switched back to oral narration after The Bee (chapter five). With the teacher key in hand, I had her narrate all that she remembered. I checked off the questions in the book as she touched base on them, and you know what? She covered most of it! Not every question of course, but a lot of it!

Because the majority of the works were written in a time before our current techno-obsession (you know, back when people spoke with big words and eloquence), I would recommend the set for grades 7 and up. Adults and children who read a lot would most likely not have issues with the wording, but in our social media, emoji, txt tlk wrld (see what I did there? Yeah, I’m clever), I can see the sophisticated way in which the book is written being a problem for some youth.

But, don’t fret, you can always Google what the word means, right?

Anyway, enough of my tirade, Nature’s Beautiful Order is a wonderful book that will stay on our shelf for years to come. It really is a perfect bridge between middle school and high school science.

Memoria Press was kind to offer the Crew a plethora of different items for review. There are several Latin sets and different science sets reviewed this time around. Be sure to check them out by clicking the banner below. 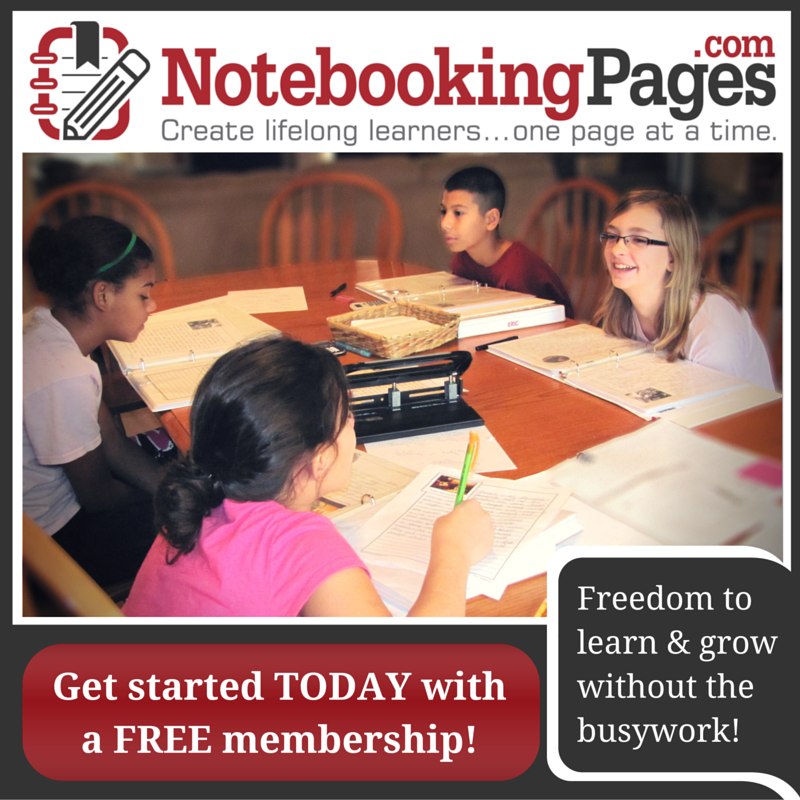